I haven’t blogged much these past few weeks. This has been, primarily, due to an abundance of time being needed for recovery from my unplanned visit to a hospital trauma unit at the end of July and, more recently, the expansion of Wasabi Anime’s Twitch – specifically the show I cohost called “Convention Nerds“.

Yes, that was a shameless plug.

Here we are now, though, so welcome back to my little corner of the Internet.

On to the subject at hand: earlier this year (June) I wrote a blog post about Florida’s foray back into the realm of running pop culture events while COVID-19 was in the process of spreading across the Sunshine State…

BLOG POST: Florida attempted a small pop culture event last weekend and it went exactly as you would expect. Because Florida.

The group behind that event, Florida Toy Shows Expos, ran another of their mini conventions in Central Florida yesterday and I decided I finally felt functional enough to head over and check it out in person. Have their event practices changed since the Orlando Area Toy Collectors Summer Pop-Up Show over a hundred days ago?

The short answer: no.

Before I go further into this, however, it should be noted that on Friday, September 23rd, Florida entered Phase 3 of Governor Ron DeSantis’s “Safe. Smart. Step-by-Step. Plan for Florida’s Recovery” which significantly loosened up on much of the coronavirus restrictions the state had been under.

Prior to heading to the toy show I did do some research and nowhere on the event’s Facebook page (they don’t have a website) are there any safety guidelines. 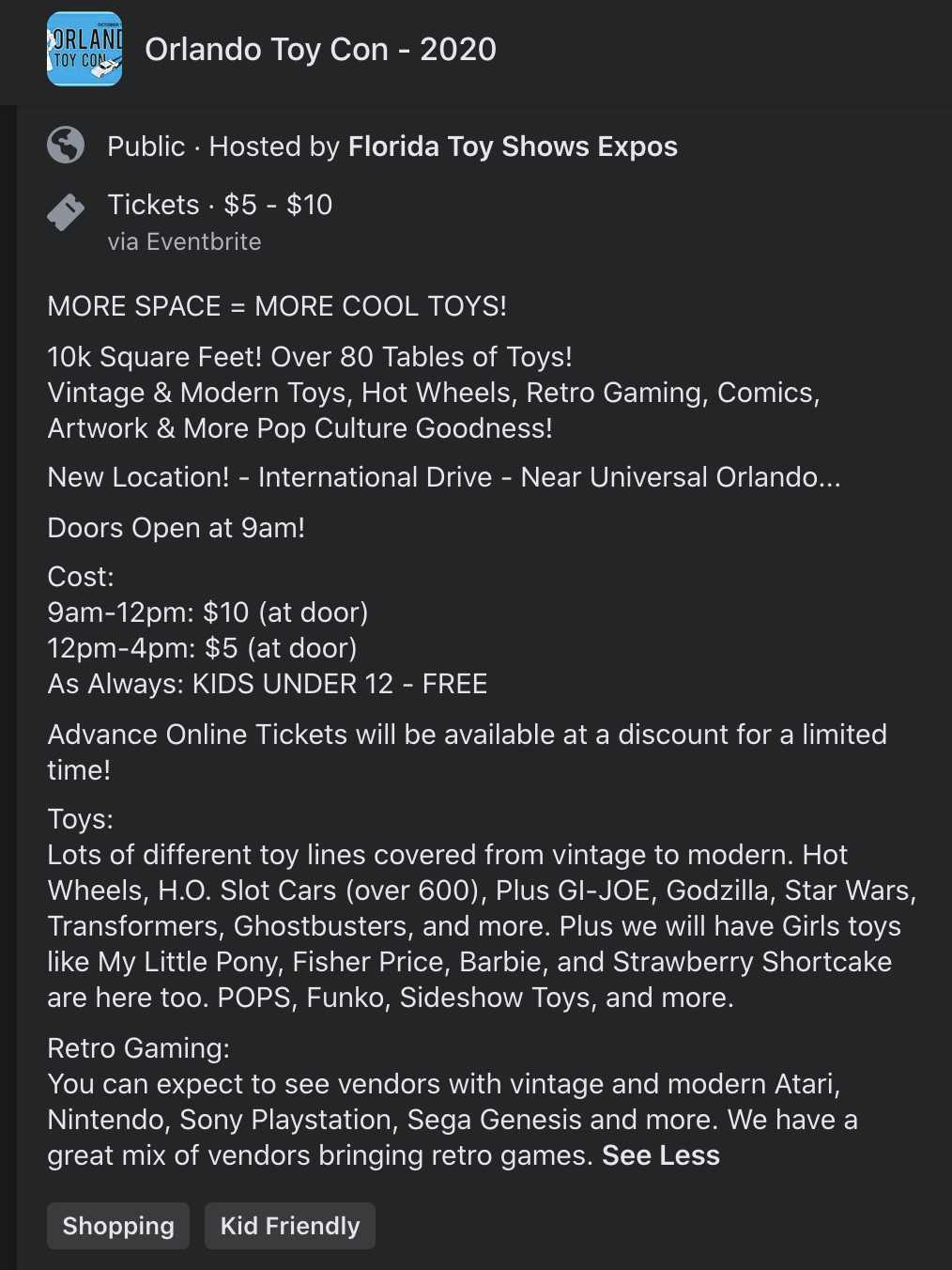 This wasn’t any different from the previous Florida Toy Shows Expos event I attended, but my purpose in going to this one was to see what, if anything, had changed.

I arrived at noon yesterday (Sunday, October 11th) at the Avanti Palms Resort and Conference Center on International Drive in Orlando, Florida. Here’s the registration table at the event: 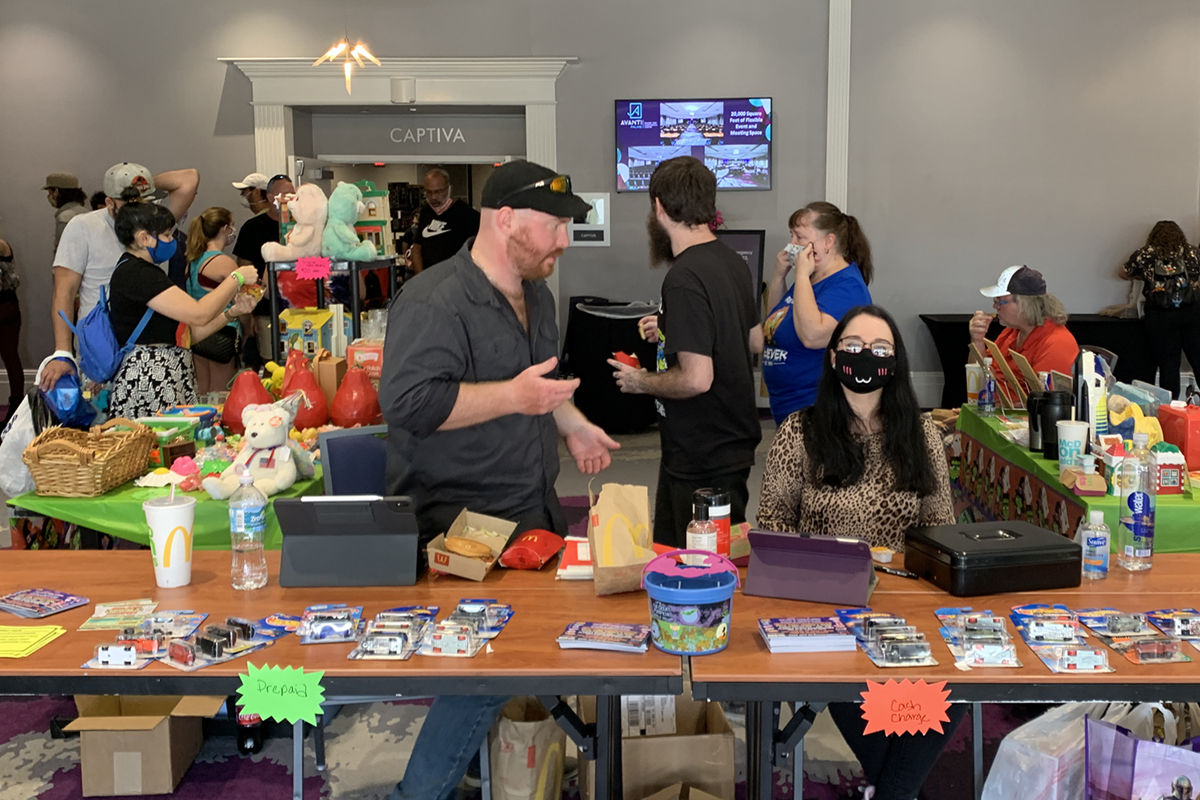 A couple of notes about this photo:

I paid my entrance fee of $5 and headed in the show’s main room entrance. This sign was out front: 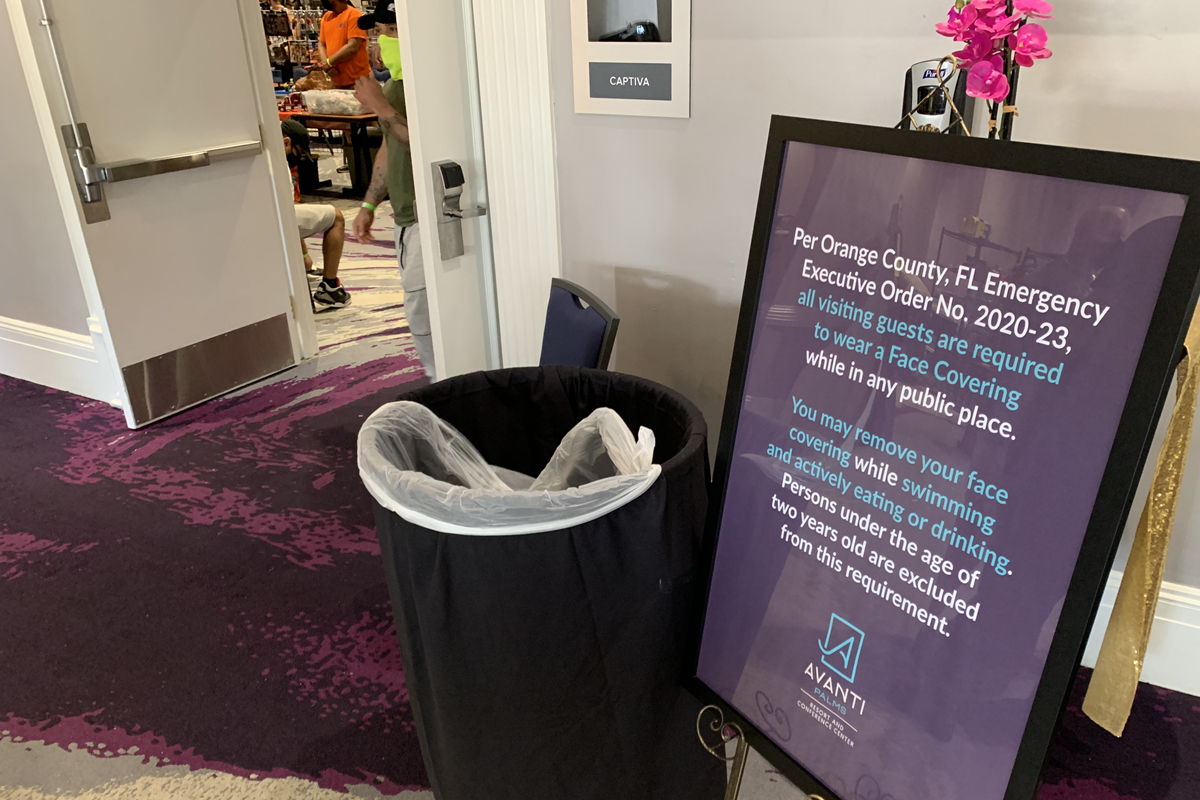 There was also this sign in the lobby. However, most attendees entered at the conference center entrance (by following signs with arrows that said “Toy Show”) and wouldn’t have seen it. Neither safety sign was really enforced by any staff, though. For example: 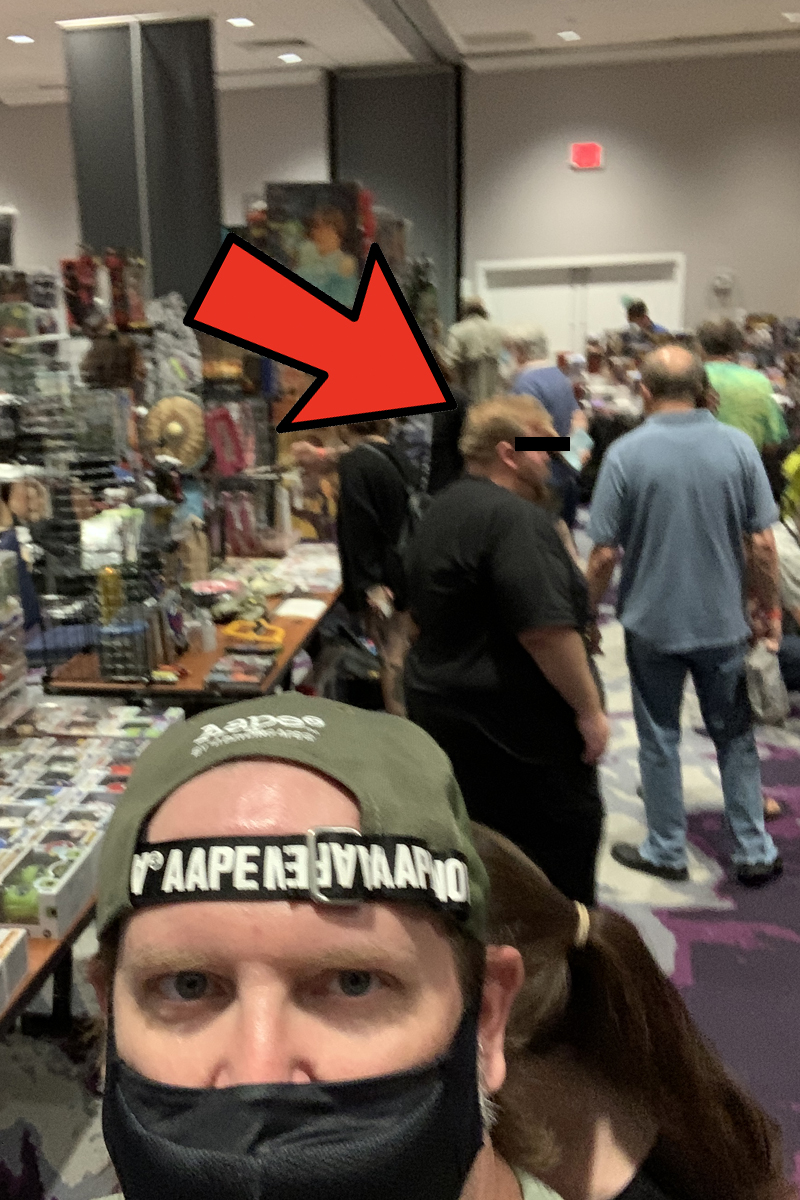 That guy, however, was the exception and not the rule. Most attendees seem to self regulate and wear a mask. Some vendors even went as far as having face shields. The normalization of wearing masks seemed much different vs. when I went to the other event in June.

The main event space was the Avanti Palms Resort and Conference Center’s Florida Ballroom which took up 9,828 square feet and (according to the Florida Toy Shows Expos Facebook) the show had “over 80 tables”. Some of these were in the hallway outside the ballroom. (Click each for a larger photo.) 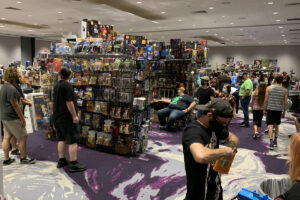 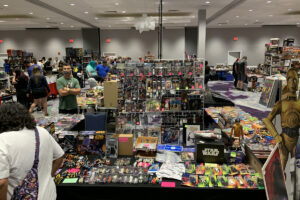 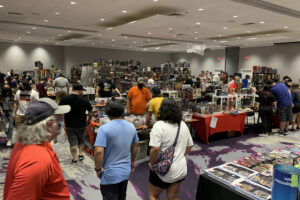 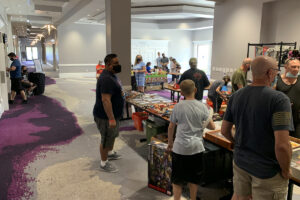 Walkways were spaced about 7-7.5 feet wide inside the ballroom. When I got there I counted about 240 people (including vendors/staff) at the show, but with limited things to do (shopping only) it was a safe bet that this was a rotating number with people coming and going all day. I had a short conversation with an Avanti Palms employee who was in the ballroom and they confirmed that the event had been, more or less, just as busy when they opened in the morning.

That said: less than 10,000 sqft + lots of booths + over 200 people = heat. The air conditioning wasn’t doing its job and it was VERY warm in the room. Within 15 minutes of walking around I was sweating. I wound up buying a couple of things for my wife and only stayed 30 minutes since, in that time, I had walked the entire show three times.

So what didn’t Florida Toy Shows Expos do at their event that I’ve seen at other events?

Is this the future of pop culture events? What responsibility to you think, if any, do event promotors have when it comes to managing safety in the age of COVID-19? Should Florida Toy Shows Expos have done more or do you think their laissez faire approach works?

‹ For the Love of Bill & Ted › An Entire Week of Working Towards… Working?