The pandemic has been a solid excuse to clean out our storage unit which is chock full of toys, collectibles and memories from my utterly insane life thus far. Most recently we decided to finally just unload the remaining CDs that we have because, let’s face it, who listens to compact discs anymore?

NOTE: We’ve ripped all of ours into iTunes and also listen to our favorite albums on vinyl.

I did opt to keep a few, however, for sentimental value. Among the ones I retained are the CDs that had concert tickets in them from shows I’ve been to over the years. This included my very first concert: 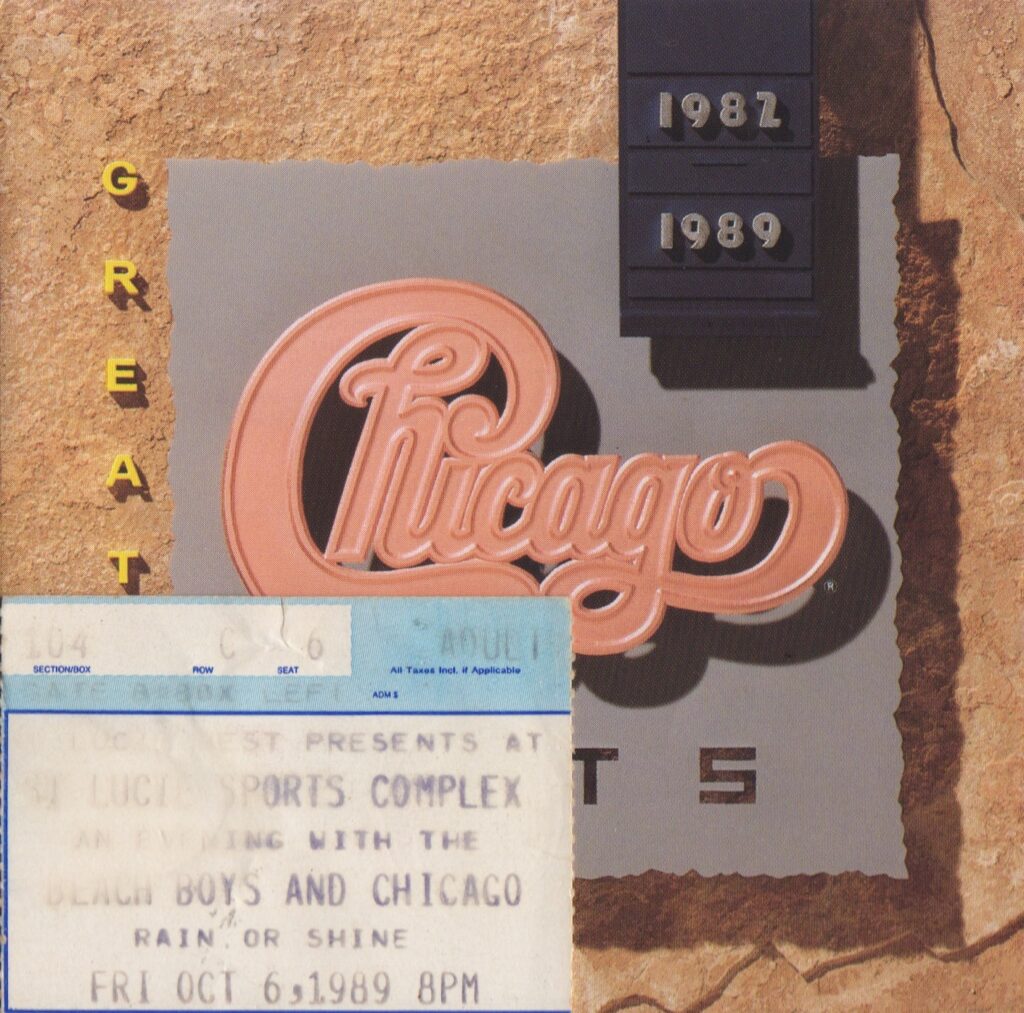 The Beach Boys and Chicago: Friday, October 9, 1989. I was there primarily for the Beach Boys since “Kokomo” was all the rage at that point, but Chicago was still great, too. I wound up buying this CD as a result of the concert. 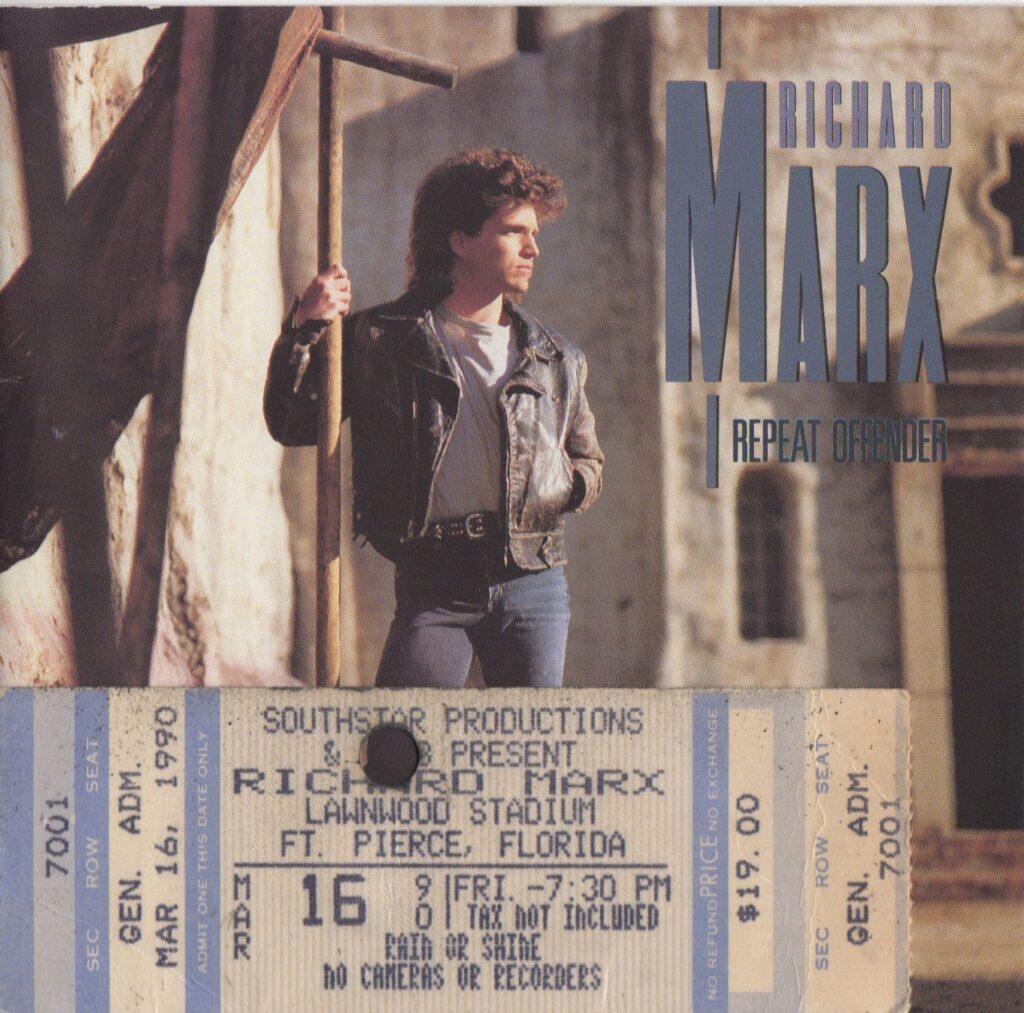 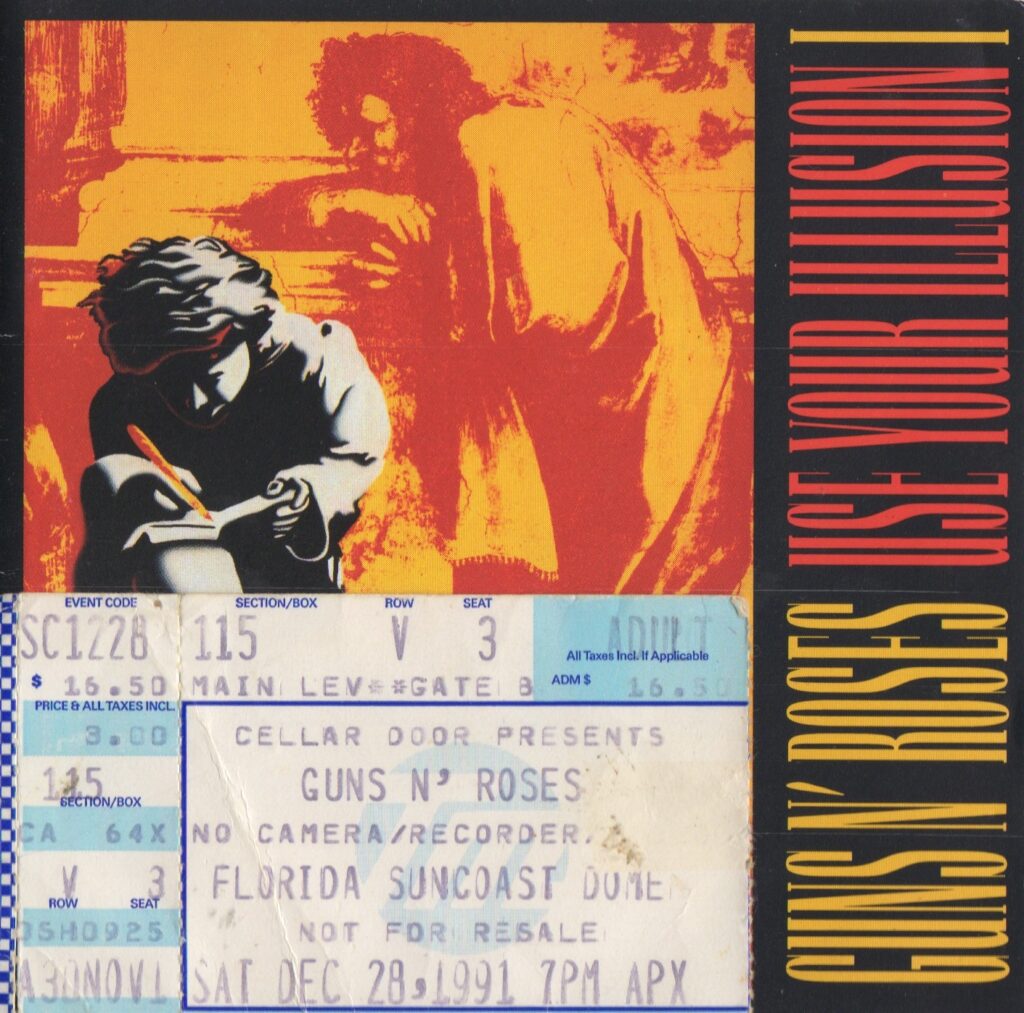 Guns N’ Roses: Saturday, December 28, 1991. This was one of two times I saw Soundgarden perform live since they were the opening act. While I loved Chris Cornell and their music, they just weren’t much of a live band. That said, Axl and Slash at their peak was, easily, one of my favorite concert experiences. It was an honest to God rock concert. Stadium rock. Loud. Energetic. I went with friends from high school and we all crashed in a hotel in St. Petersburg and drove back the next day. 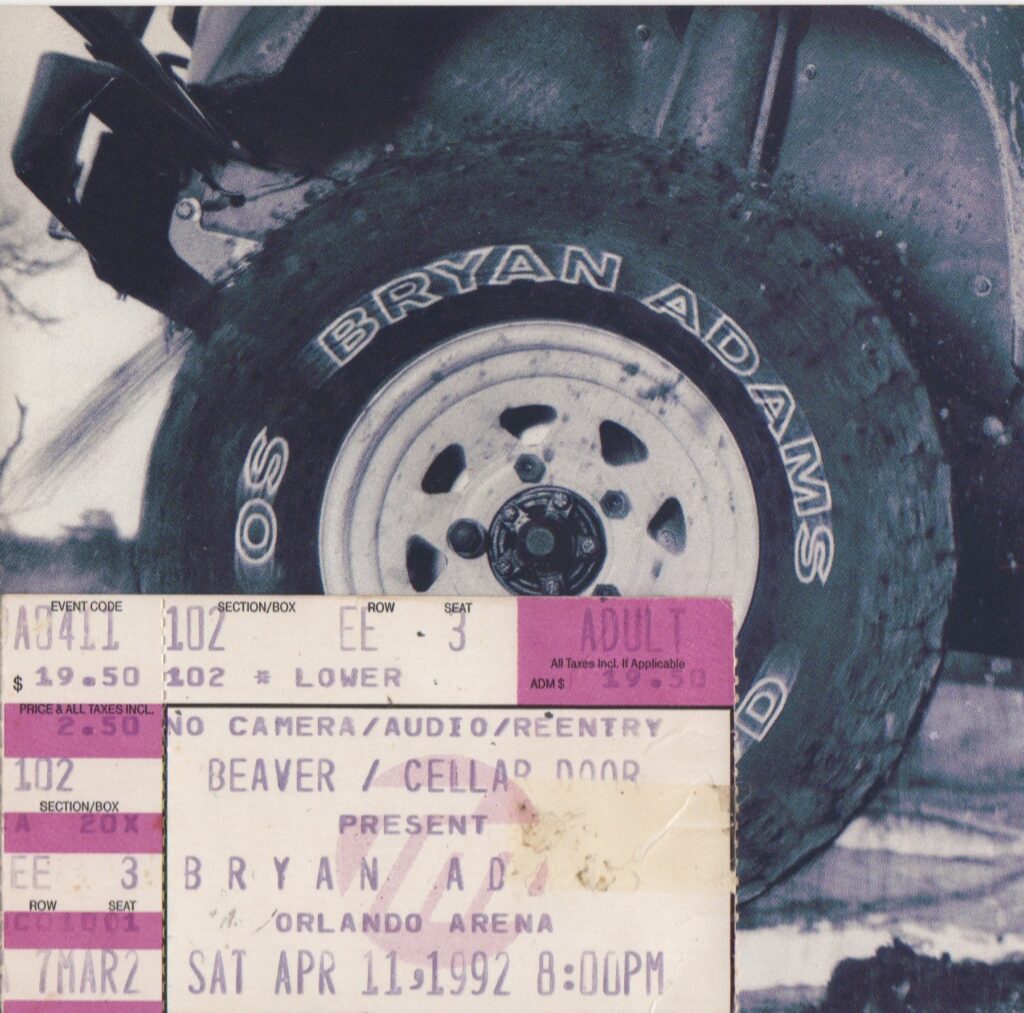 Bryan Adams: Saturday, April 11, 1992. My love for live shows was growing more and more at this point, and I decided to share this passion with my kid sister. I took her to Orlando and, if I remember correctly, this was her first concert. Great show for anyone who grew up in the eighties. 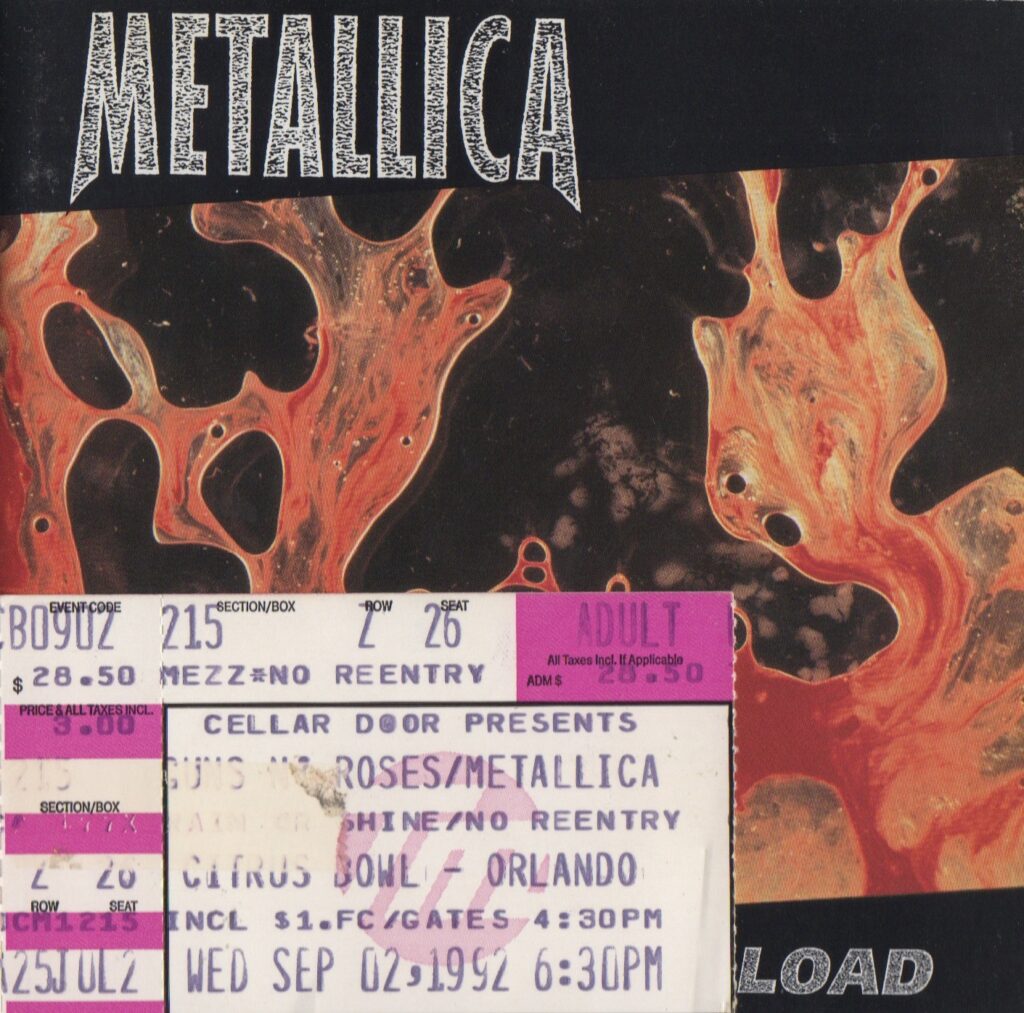 Guns N’ Roses & Metallica: Wednesday, September 2, 1992. The opening act? Faith No More. This concert was nothing short of legendary. Up until this show, I was only mildly interested in Metallica. Seeing them live made me a fan. My other distinct memory of this concert? The long wait for Guns N’ Roses to come out after Metallica’s set resulted in a huge food fight with the upper seats throwing stuff down into the lower crowd. The early nineties were in interesting time, folks. 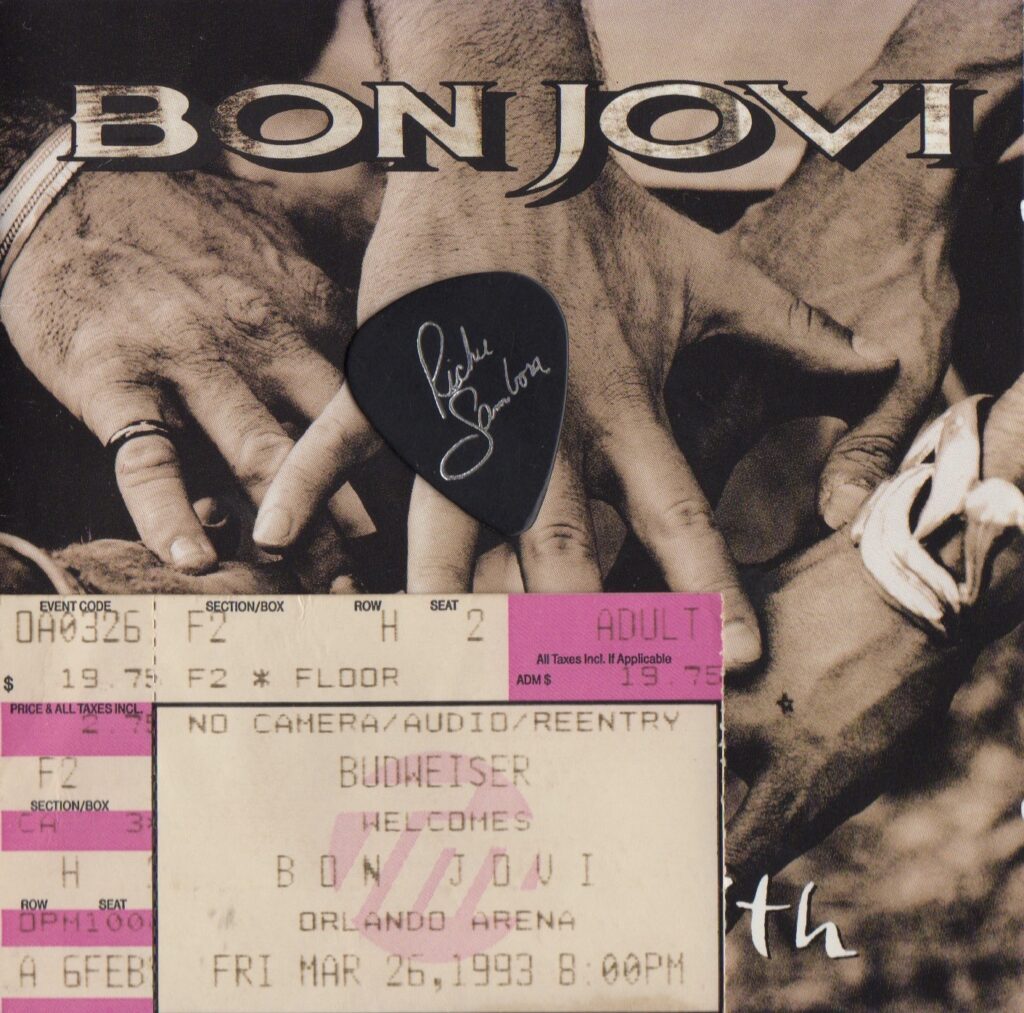 Bon Jovi: Friday, March 26, 1993. I went to this show with my girlfriend at the time and another couple. So many amazing songs and Jon even played “Blaze of Glory” from his solo album. During the show I felt something hit my neck like a bug bite and it turned out that Richie Sambora had tossed his guitar pick into the audience. You can see it in the photo. 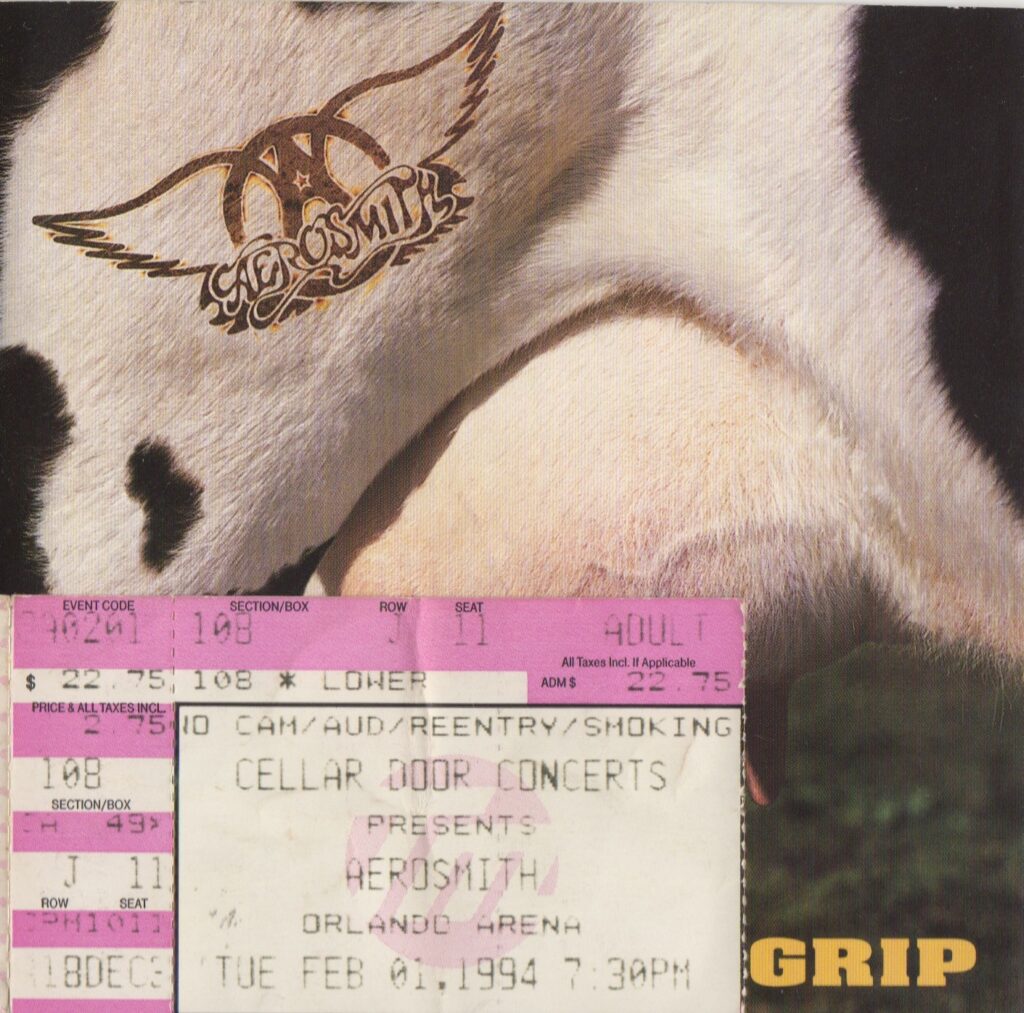 Aerosmith: Tuesday, February 1, 1994. I was in college at this point and a good friend of mine at the time and I decided that this would be a great excuse to go to Orlando. We played hooky from class that morning and spent the afternoon in a city that I would wind up moving to a mere ten months later. While we were there, Veronica watched me hurl myself off of a giant pink crane set up next to the Doubletree on Kirkman Road while connected to bungee cord. Somewhere there exists a VHS tape of that adventure and maybe – just maybe – I’ll find it one day. 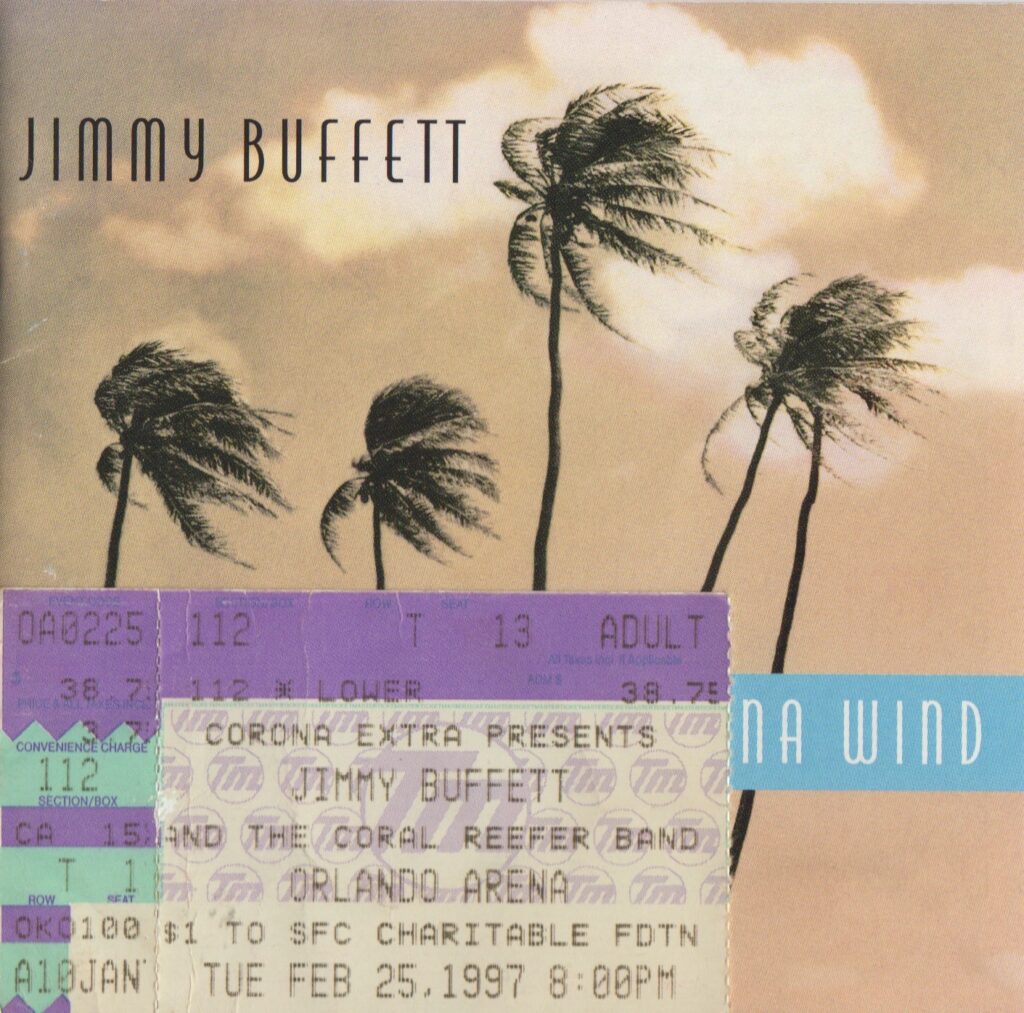 Jimmy Buffett: Tuesday, February 25, 1997. I don’t remember if this was my first Jimmy Buffett concert, but it definitely wasn’t my last. The Buffett brand might now be cliché thanks to Florida-man stereotypes and the plethora of “Margaritaville” branded elements in the world, but in the nineties this was a whole vibe.

Chumbawumba: Tuesday, March 31, 1998. If you’ve ever worked in entertainment in a theme park, you’ll know that sometimes there are going to be people that you are just going to butt heads with since it’s a creative environment and the humans involved tend be outspoken regardless of your feelings. One day, a women with whom this was a regular occurrence and I somehow wound up talking about how no one else wanted to go see Chumbawumba in concert. I, equally amused by their popular drinking song, had dealt with the same issue and it resulted in the two of us going together and having a damn good time. Remember folks: you can find friends through the strangest circumstances. You just have to be open to it.

Some of these links still don’t work since the migration. They will. Eventually. The rest of the concerts I’ve been to in this lifetime.

‹ I Love Travel. Knowing Where to Go Also Means Remembering Where You’ve Been. › One year ago pop culture conventions stopped happening. Last weekend I went to one that’s now run twice during the pandemic.