For those of you unfamiliar with term, there’s a popular online video that shows a group of players in World of Warcraft discussing a plan of attack to defeat an overwhelming enemy in the game. As you listen to the players lay out the needed resources and best approach to overcome whatever is waiting for them behind the door, one player decides “why wait?” and breaks off from the group running past the threshold into battle and starts engaging the enemies. His battle cry while doing so is to yell his own name: Leeroy Jenkins.

One of the players, shocked, immediately reacts with, “Oh my God. He just ran in.”

Florida is, without a doubt, the embodiment of Mr. Jenkins.

“Why do you do this shit Leroy?”

The event started at 9:00 AM, but I didn’t pull up until around 11:00 AM to see it firsthand. I came armed with a face mask, hand sanitizer, and a healthy dose of common sense. The photo I took outside at the entrance showed about 40% people were wearing masks. 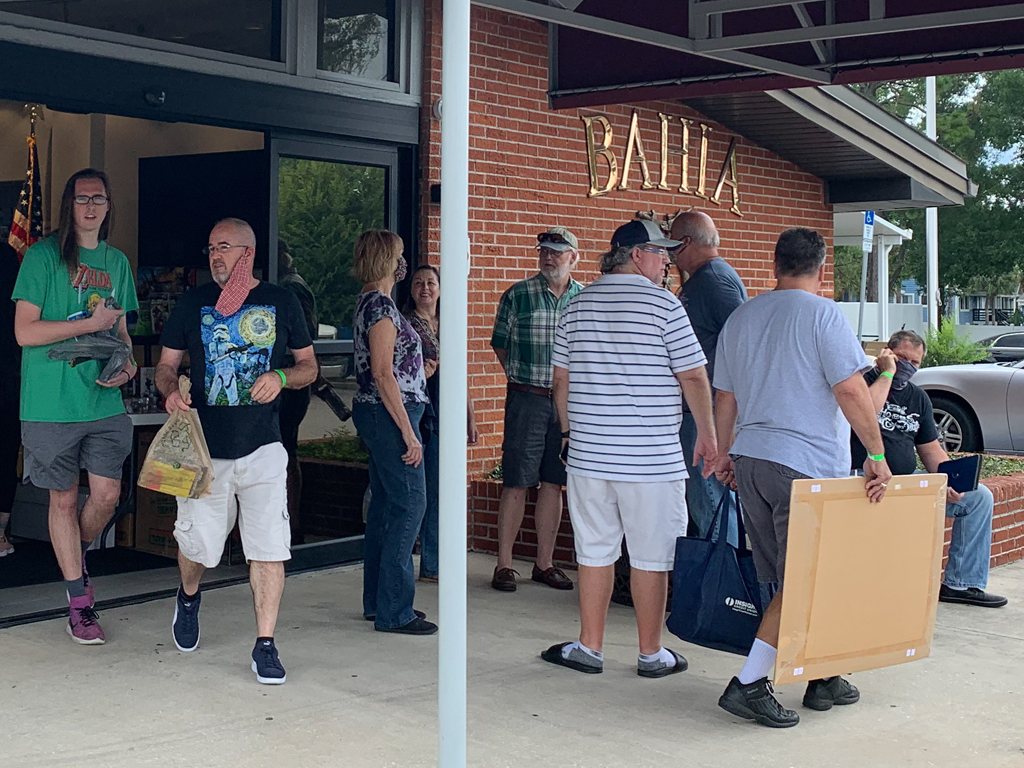 I walked through the front door to find one vendor was set up in the entrance to my right and a table with three staffers to my left overseeing admission. I handed them cash (it was $5 to enter) and they handed me a green wristband. I asked the third staffer, the one not taking cash or passing out wristbands, if any safety measures were in place for the event citing specifics: face masks? Sanitation stations?

He began to explain to me that the walkways in the room were set so that attendees could “only walk north.” I assumed he was being sarcastic, but I asked just in case, “So the walkways are set for one way?”

“No,” he replied. “I was just kidding.” He then explained that they expected attendees to just manage themselves and stay distanced from each other. I shrugged and walked in and immediately wondered HOW everyone was supposed to do that. 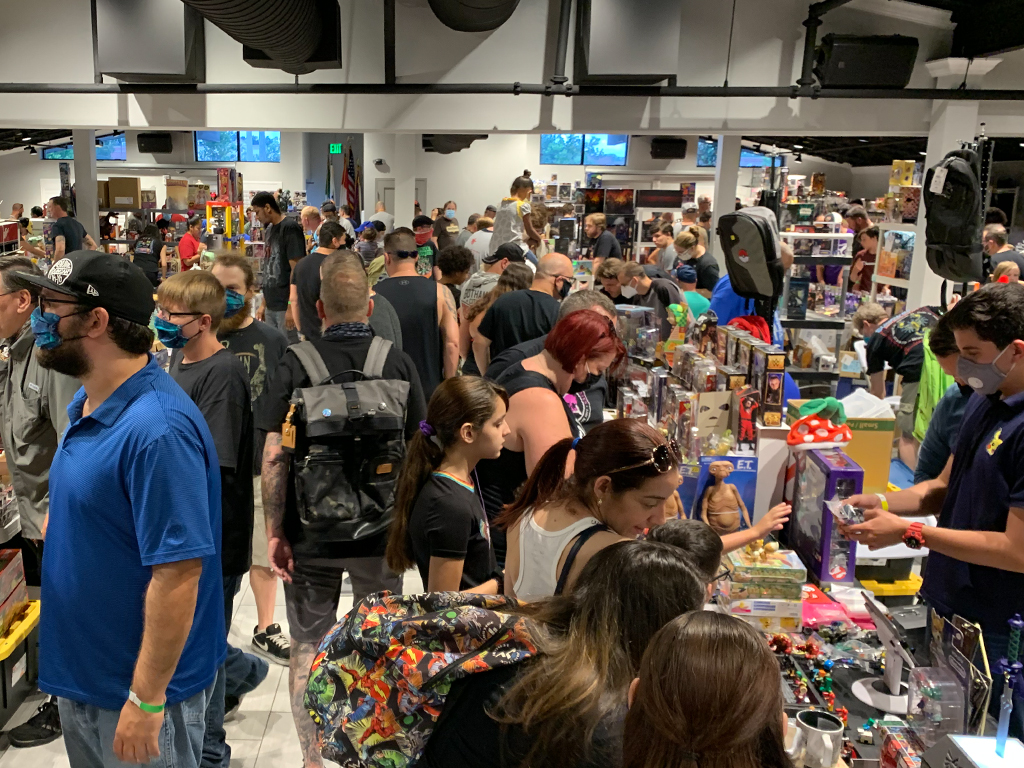 There was no apparent capacity limit. No one was managing the number of people inside. Just crowds of attendees on top of each other and, as you can see in the photos, only about 20% of them are wearing masks. I did a rough count while walking around and saw that there were over three hundred people in the event’s one and only room.

Among those in the crowd were two attendees passing out flyers for their own convention. Neither person was wearing a mask or wearing gloves. Instead of taking a physical flyer, I asked to take a photo of it. 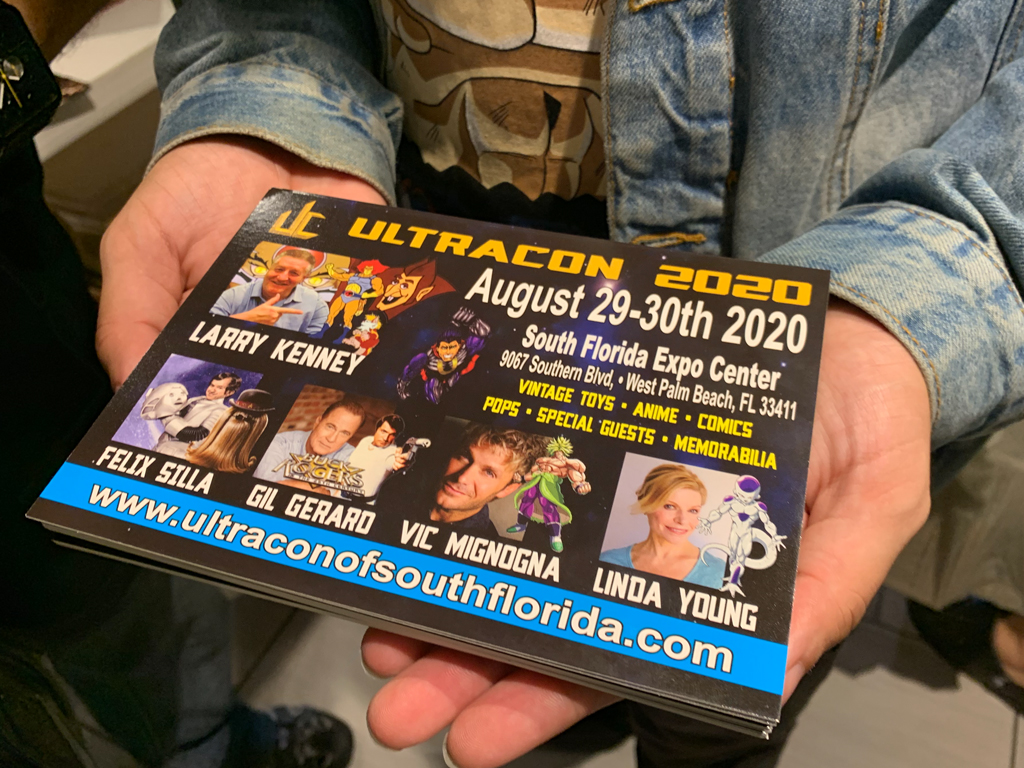 I stayed at the event for about twenty minutes before walking outside and lathering myself in anti-bacterial hand gel. I got in my car, jotted down my notes, and stopped at a local mall to wash my hands and face before getting some coffee and finding my way home.

Next weekend has two more events like this slated to happen in Florida: Hero Hype Tampa and . It will be interesting to see if either of them implements any safety procedures.

UPDATE: Orlando AnimeDay announced on Wednesday that they were not moving forward with their event next weekend and it is tentatively postponed until August 8, 2020.

‹ I Don’t Know What to Blog About Today. › Conventions in the Era of COVID-19: I went to another pop culture event in Florida last weekend. Here’s what I saw.