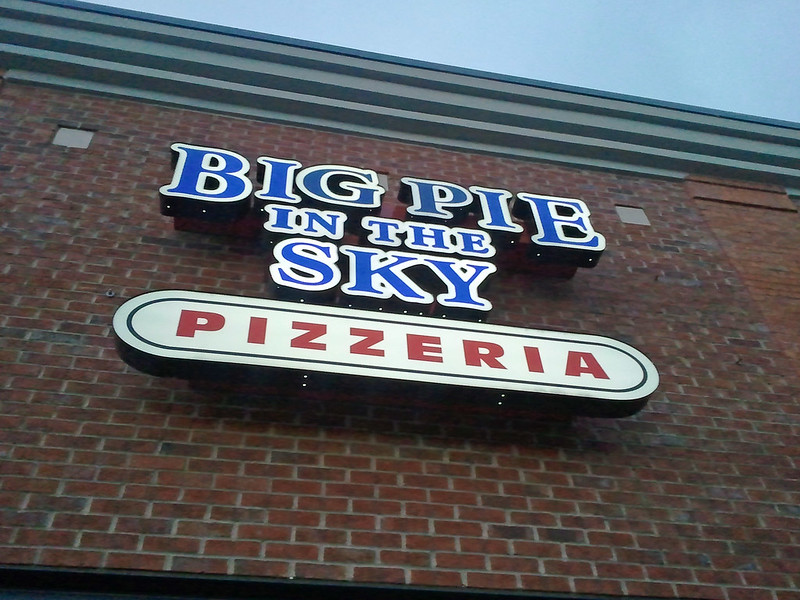 When a restaurant appears on Man v. Food, it only makes sense to try and capitalize off of the notoriety. A number of the places I’ve been to usually have something on the menu mentioning the MvF appearance. Some of them even highlight the item(s) on the menu that Adam Richman ate while he was there. In the case of Big Pie in the Sky Pizzeria – they really want you to know. Here’s their front window: 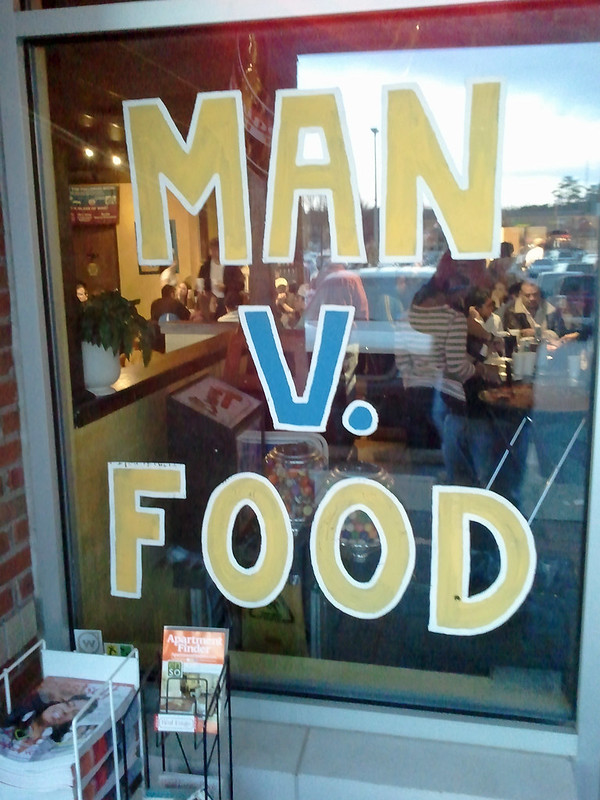 (Just in case you weren’t sure whether or not you found the right place.)

Big Pie in the Sky was CROWDED. Ken and I got lucky, however, when we walked in and snagged an empty table. It’s a “seat yourself” kind of place. If you look, you can see an empty table with my hoodie on the back of a chair in this photo: 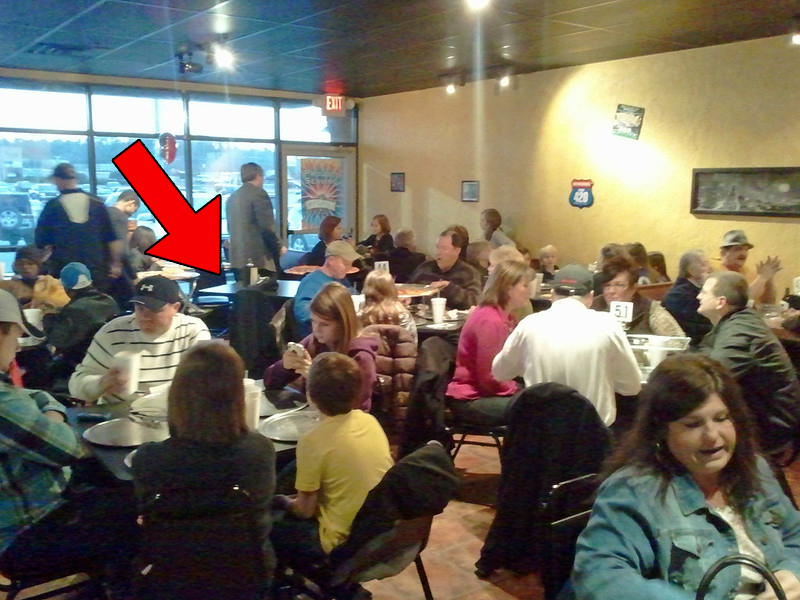 That’s me “marking our territory” while ordering the food because the line was, quite literally, out the door.

Now, before we go on, I should state that plans have been made to return to this place in one of my upcoming trips to Atlanta (I have two more planned in March.) This is because Ken wasn’t doing so hot in the stomach department and NEITHER of us wanted to see him do what Adam Richman’s parter did in the challenge.

Thus – we did not do the challenge. We did order the 36 inch Carnivore Pizza though just to have one. That sucker is BIG. Just ask these ladies who were sitting at the booth near us: 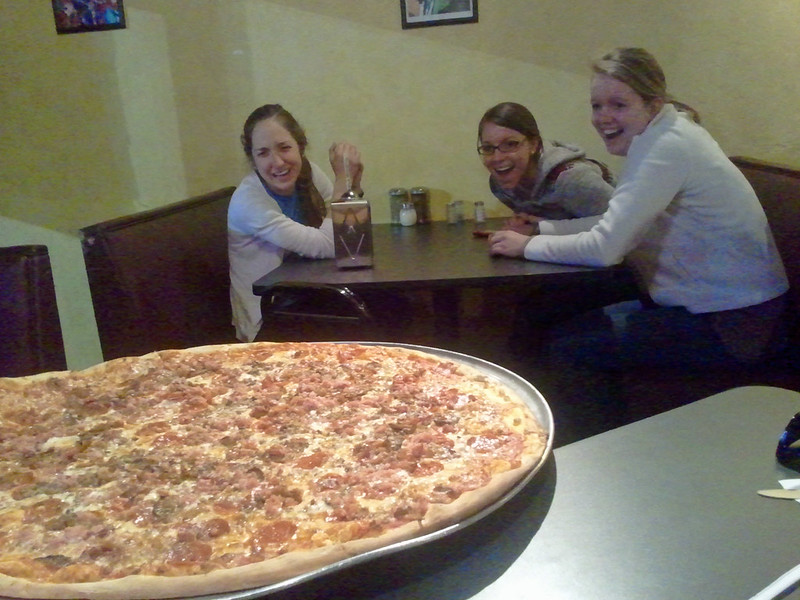 …and yes, each slice IS as large as a small baby. 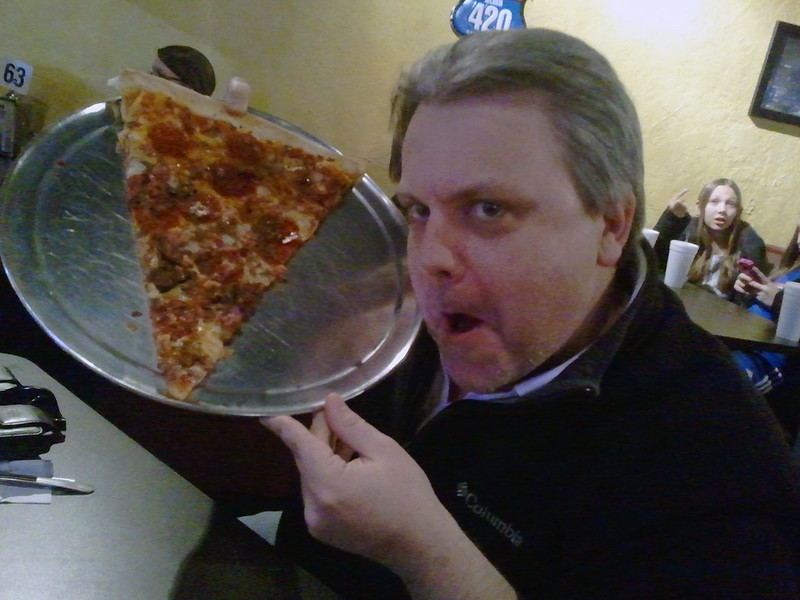 Now for the important stuff: it’s not just a gimmick; it’s really good pizza! Big Pie in the Sky doesn’t just toss something together for show; the pizza was truly good New York style pizza. The only difference I could see between this pie and one I’d get in NYC is the fact that you need to cut a few inches off and eat it with a fork before you reach safe “fold and eat” size. Ken and I were both pleased with how good the food was.

The final score on the practice run?  I took down almost three slices and Ken took down two – leaving three to live in my trunk for potential breakfast the next morning.

If all goes well, I will attempt the actual challenge sometime next month.  For now, though, I am satisfied with the fact that I had some really good pizza… something that is becoming a rare species in the land of Huts and Dominoes. 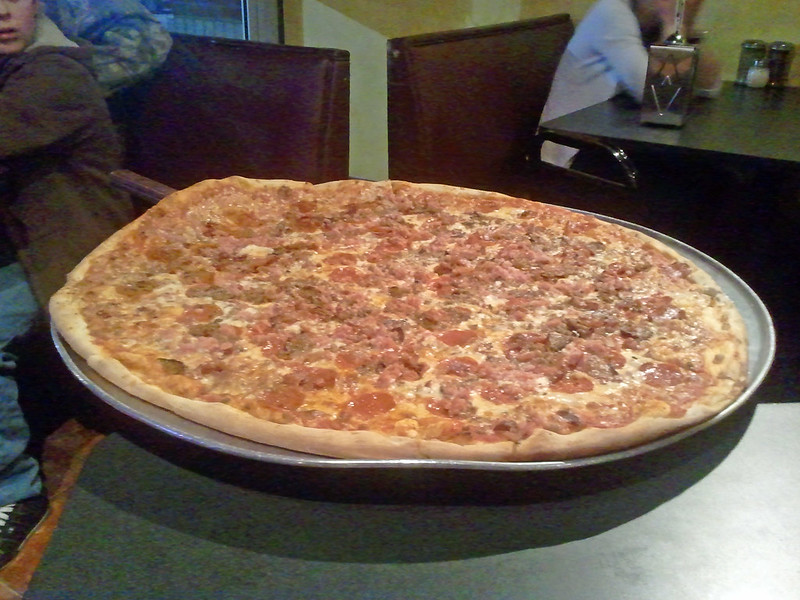