About a month or so ago I came across an article about a contest for the ultimate “Halloween Dream Job” which was, basically, binge watching horror films starting at 12:01 AM tonight: Halloween Day 2020. I saved the link to share with friends of mine who are deep into the genre and, like most “save for later” articles I keep, it got lost for a couple weeks. Around two weeks ago I saw it again and, on a whim, decided to enter it personally. 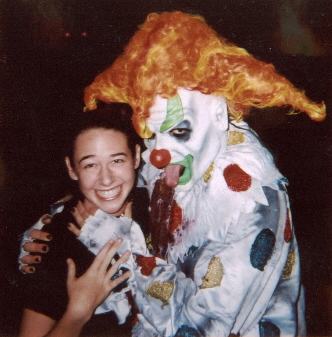 Now, for those of you that know me, I’m not what you’d call a hardcore horror fan. I enjoy watching horror flicks. I just haven’t had the opportunity to watch them for the past twenty years because of the woman I married. When I met Shannon, we were working together at Universal Studios Florida and I was, at the time, a Stage Manager for Halloween Horror Nights. She worked for there, too, and picked up a shift working for me one evening. The job? Following the now iconic Jack character around the park for the evening. This was Halloween Horror Nights X in 2000 and we had just introduced him.

The Jack in that photo? That’s Michael Aiello. Mike and I were fellow boat skippers on the Jaws ride at Universal in the nineties. Now? He’s the Sr. Dir. Entertainment Creative for Universal Orlando. The night that photo was taken, Mike and I had conspired to mess with Shannon. We both knew that she didn’t like going into the Haunted House mazes at Halloween Horror Nights, but, if “Jack” went in, she would be forced to follow as the character’s escort. By the end of the evening she had lost her voice from screaming and she made it very, VERY clear to me exactly how much she hates horror films.

Thus, over the past twenty years (basically the twenty-first century) I have had the opportunity to watch no more than a dozen scary movies. In those rare instances where its happened, Shannon has occasionally set up unforeseen roadblocks. For example, she wanted to watch It. However, after watching it, she said no to watching It: Chapter Two.

This contest, hosted by CableTV.com and HighSpeedInternet.com was looking for an “ultimate horror fan” while I was looking for a reason to watch everything I’ve missed so far this century. I grew up on a steady diet of seventies, eighties and nineties horror… but it was time for an update.

Apparently my idea worked, and I was picked from 20,000 entries to binge watch and live-tweet the whole time. My compensation for doing so aka “the prize”?

The gift card arrived via email this morning, so I went shopping to prep for tonight:

So now the important part: what to watch? I reached out to a number of colleagues and friends for suggestions along with watching a bunch of YouTube lists proclaiming the best/most impactful titles of the twenty-first century. Here’s the plan. I will be live-tweeting all of this on @TomCroom.

Additionally, I’ll be watching two of the movies LIVE as part of an Amazon Watch Party on the Wasabi Anime Twitch Channel so you can all enjoy watching Shannon scream and flinch in real time.

Suggested movies that I had already seen: American Psycho, Get Out, It, and Shaun of the Dead. 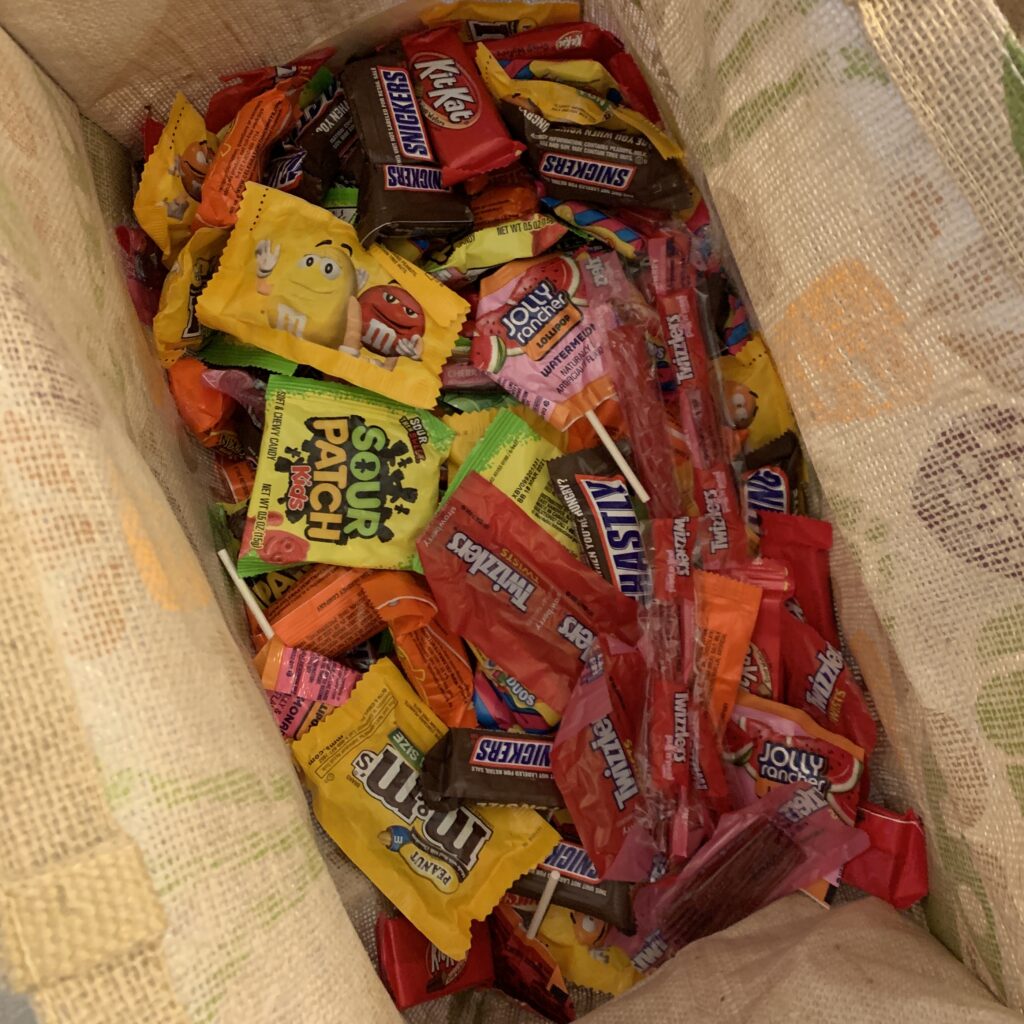 ‹ An Entire Week of Working Towards… Working? › The Morning After watching 24 Hours of Horror Movies on Halloween Night: Film Reviews