Another Man v. Food update already? Yup! I managed to get to the elusive third MvF location in Los Angeles (after years of visiting the city) when I was in town for Anime Los Angeles a few weeks ago: El Tepeyac. 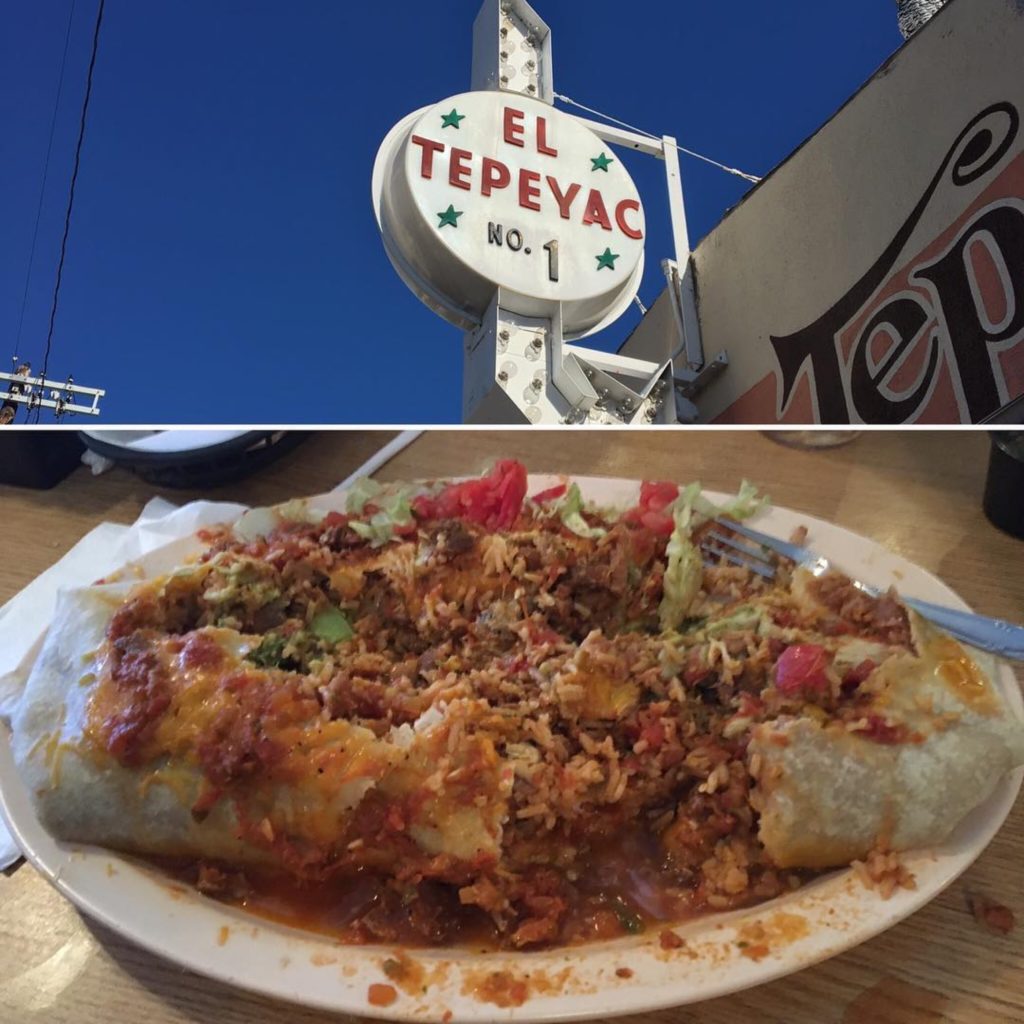 This place was totally East L.A. – and that added to the vibe of the restaurant. It’s a small place, but the food and servings were HUGE. I ordered the food challenge burrito and, as you can see from the picture above, I failed miserably. Here’s a photo of me BEFORE when I still held some optimism. 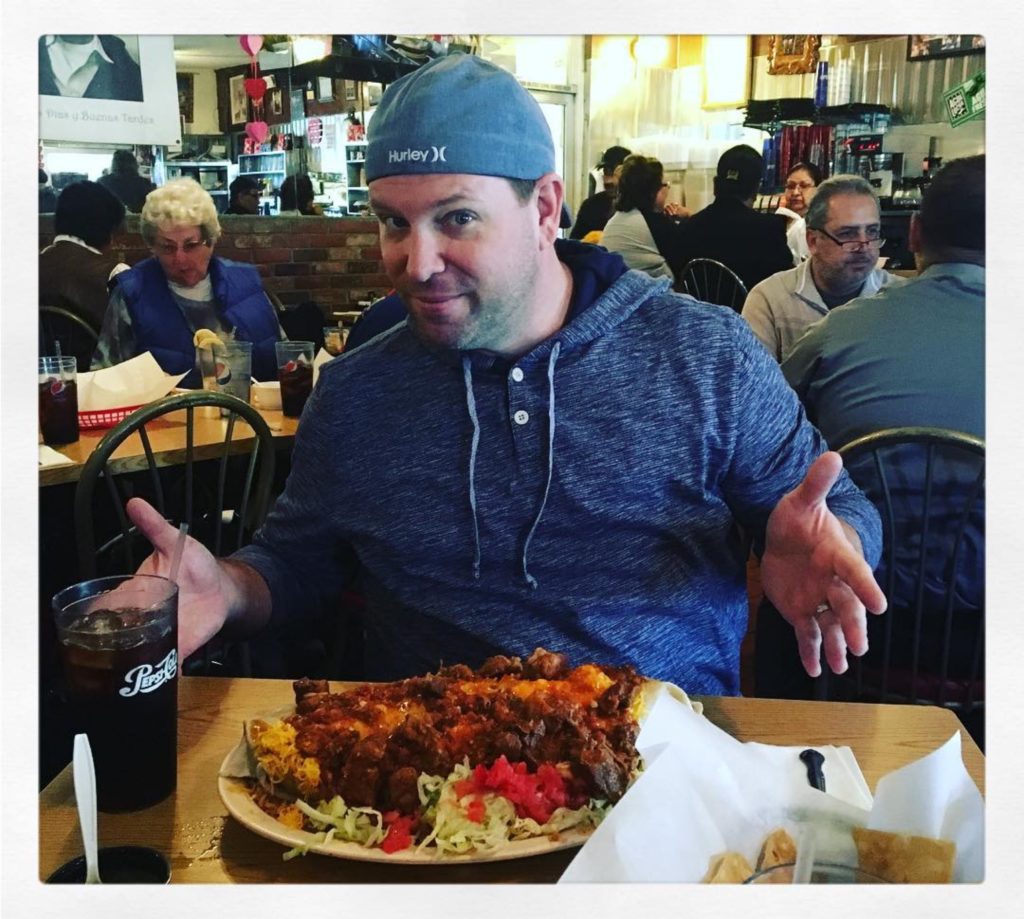 Taste-wise: the burrito delivered. Tender meat. Fresh veggies. Cheesy cheese. A LOT of rice. I just couldn’t get through it during lunch. (My friend Marlan was with me and got a better pic.  Note the couple behind me in his photo: https://www.instagram.com/p/BPzgx-NF_ep/?taken-by=hiliminarious)

AUSTIN, TX (3)
1. Juan in a Million.  Challenge not attempted.  Just wanted breakfast that morning and not an adventure.
2. Round Rock Donuts.
3. Salt Lick BBQ.

COLUMBUS, OH (2)
1. Schmidt’s Sausage Haus.
2. Thurman Cafe.
NOTE: The third location burned to the ground right before my first visit to Columbus, and it’s unknown if it will ever return… so no challenge.

DENVER, CO (2)
1. Buckhorn Exchange.
2. Jack-N-Grill.  Challenge attempted and failed.  Had a flight in a couple hours after the visit and I didn’t want to push my luck.

INDIANAPOLIS, IN (3)
1. Edward’s Drive-In.
2. Gray Brothers Cafeteria.
3. Bub’s Burgers & Ice Cream.  Challenge attempted and completed.  A photo of me exists on their wall.

KNOXVILLE, TN (1)
1. Sweet P’s BBQ.  Challenge not attempted.  We were on the road, and I wasn’t going to sit with that much food in my stomach for the next few hours.

LOS ANGELES, CA (2)
1. El Tepeyac.
2. Philippe The Original.
2. Orochon Ramen.  Didn’t attempt the challenge since my friend Eric was allegedly going to do so while we were there. He chickened out (got smart?) at the last moment and ordered something else.